It’s Alex Igelman and today, 13/01/2014, I am going to put on my psychic hat and do some prognostication. I have been quite accurate in the past in predicting many things in the i-gaming space since I have been involved in this arena from 1996.

In my opinion, and contrary to what everyone else believes, Sheldon Adelson will win this battle. Why you may ask?  Firstly, I believe that in the near future there will be some serious security breaches in New Jersey’s online gaming sites  and this will  give the “No” side some solid ammunition. Secondly, the eventual numbers out of New Jersey will not be as impressive as people predicted (including Gov. Christie) and this will bolster the argument that people are still playing on the “offshore” sites and there needs to be more enforcement as opposed to easing of laws.

Adelson is a very smart man and he has assembled a crack team to assist him in his quest to stop the expansion of online gambling in the USA. One thing for certain is that Adelson has stood his ground over the years and he HAS ALWAYS been against online gambling.

The AGA too has deep pockets and resources behind it but over the years they have vacillated in their support of i-gaming.  They like many of the operators in Las Vegas and New Jersey have only in the past few years embraced the idea of regulated i-gaming in the USA. They are not as morally certain of their position. They are only seeing the $$$.

In the end, I agree with Adelson that full, all out i-gaming in the USA is a dangerous thing. I myself like the Nevada approach which only allows for Poker. Personally, I would require persons to set loss limits or opt out/blacklist themselves from playing and have even stricter controls. I actually presented this idea back in 1998 to the North American Gaming Regulators. That is allow i-gaming as a lottery type game RUN by the State Governments but with tight controls.

In the end, and unlike in his support of the Republicans in the most recent elections, Adelson will prevail here and we will not see federal approval of i-gaming in 2014 and beyond. In fact, I predict that the growth of i-gaming from a state-wide level will also slow down in 2014. 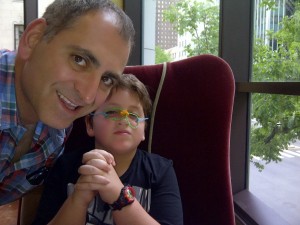