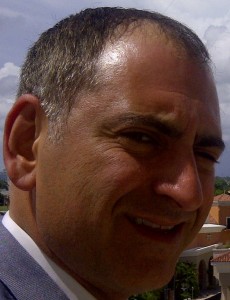 It’s September  1996 and Alex Igelman is walking the cavernous halls of the Las Vegas Convention Center while attending Global Gaming Expo (or whatever it was called in 1996). He passes conventioneers on his way to a small room that is hosting the first meeting of the Interactive Gaming Council (the i-gaming trade organization that had just formed). Inside the room a handful of people. Sue Schneider, Albe Angel, one of the Rivkin brothers and a few others.

That was many moons ago. This was before the  launch of MicroGaming.  PartyGaming ,Playtech or 888. It was before anyone really understood how big this industry would become.

Fast forward a year or so later and I am presenting a paper to the North American Gaming Regulators entitled Government Run Internet Gaming Systems. A paper I co-wrote with Bruce Schneier, cryptographer and guru.

Alex Igelman has a lot more to say….

Much more info will be revealed so stay  tuned.