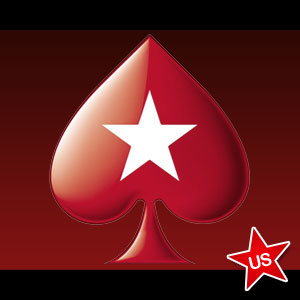 It was recently reported by CalvinAyre.com that the DOJ will take a new approach to resolve outstanding criminal complaints against non-US based individuals who they have gone after. This new approach allegedly entails fines in lieu of potential jail time (?).

“The DOJ has adopted a new approach toward pending prosecutions of individuals in connection with online gambling”. The report went on to say:

“In essence, provided those being prosecuted aren’t US citizens and the companies with which they are associated maintained no physical infrastructure within US borders, the DOJ will accept corporate pleas and fines to resolve all outstanding charges.”

The source of this new information is not clear but what is interesting is recent developments that have been announced concurrent to this news coming out.

This week it was reported by numerous media outlets that: “A bill introduced last week by Sens. Raymond J. Lesniak (D., Union) and Jim Whelan (D., Atlantic) would allow New Jersey to enter into reciprocal agreements with other states or countries where Internet gambling is legal. That would allow people in those places to access the 15 gambling websites run by the Atlantic City casinos.”

Interestingly, Sen. Lesniak was an outspoken supporter of Pokerstars during their recent attempt at being approved to offer real money poker in the state of NJ.

Months ago, Lesniak was quoted as saying in reference to Pokerstars: “The biggest and the bestest with the mostest is going to have a presence here in New Jersey,”  PokerNews.

Pokernews went on to say that: “Lesniak clarified that this was his opinion, that the decision will be made by the New Jersey Division of Gaming Enforcement, and that he didn’t have any inside information on the verdict. Still, he seemed confident that PokerStars will be involved in Atlantic City. ”

While Pokerstars did not get approved in the first go-around in NJ, the DGE, through their spokesperson Lisa Spengler did say:

“The division… may consider a request for relief to reactivate the application if significantly changed circumstances are demonstrated at which time the division’s investigation of PokerStars and its affiliated entities and associated individuals will be resumed to assess suitability.”

So let’s put two and two together. If it is correct that the DOJ would settle with individuals who have outstanding indictments against them and assuming this would satisfy the DGE, Pokerstars could potentially be approved in NJ.

If the legislature seriously considers this new expanded online gambling law, supporters of the bill could argue that the new “suitable” Pokerstars may consider moving their US and potentially their global operations to NJ thus providing a huge boost to the NJ economy by way of jobs, taxes, etc…

Let’s face it, if Pokerstars did decide to move to the US and in particular NJ, they would literally control the global online poker market as they are far and away the poker player’s most adored interface.

While this is all speculation, it seems like an interesting scenario.

One last piece of the puzzle that needs to be mentioned is that Pokerstars’ main lobbyist in NJ, Bill Pascrell III (BP3), has previously worked with Lesniak on other Bills including the legalization of sports betting in NJ ,so they are not strangers to working together and they both obviously are Pokerstars fans.

Let’s see what happens. 2014 could be very interesting…